Last year, My Outer Banks Home featured Dare Central Communications Center, home of the 9-1-1 dispatchers who take calls from the entire Outer Banks and coordinate emergency response. Now we take a look at what happens after the call in the realm of first responders.

Although town fire and rescue operations, town police forces, and Dare County Emergency Medical Services (EMS) are all separate entities, the degree to which these first responders work together on a day-to-day basis is significant. Their interaction begins long before they arrive on the scene of an emergency with collective training and constant communication.

Kill Devil Hills Fire Chief Troy Tilley said, “The collaboration between [fire, EMS, and police] is very good. We work together, plan together, and train together even though we handle different parts of the equation.” 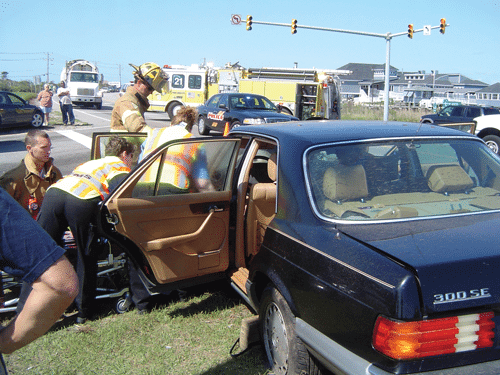 If you were to witness an accident on US 64 or NC 12 perhaps, you would soon after see the different emergency personnel arrive. A fire truck may be first on the scene. The firefighters would secure the area and focus on extricating drivers and passengers from the vehicles. The police might arrive second and would turn their attention to directing traffic as well as sorting out the cause of the accident. EMS would take charge of those who may be injured. The different first responder agencies are all performing a role of their own, but you would see the communication and the harmonious way in which their efforts synced.

On an emergency scene, all first responders are governed by the Incident Command System (ICS), which is a designated organizational structure for handling emergency calls. According to Nags Head Fire Chief Kevin Zorc, the first personnel on site are attempting to preserve lives, mitigate damage, and take command over the situation whatever it may be. Then when the most appropriate personnel arrives, specific to the situation, they receive command.

Sergeant Brian Strickland of Kitty Hawk Police says the ICS is determined by the nature of the call. “If it’s a wreck, the fire chief will come over and say [to the police], what do we need to do? If it’s a fire, we will go to them and say, how can we help?”

Strickland says an obvious need for increased ICS training and other collaborative efforts became evident after national disasters like 9/11 and Hurricane Katrina. Dare County emergency personnel now regularly train together, whether it be active shooter training with the police force or basic medical training with EMS. One of the most valuable tools first responders use today is the 800 megahertz radio, which allows different emergency agencies to talk to each other. The 9-1-1 telecommunicator can place them all on the same channel so it is possible to establish command and better allocate resources. Prior to its implementation, fire, police, and EMS all communicated on separate stations.

The Town of Nags Head is a prime example of the joint efforts between different first responders. The Douglas A. Remaley Fire Station houses both Nags Head Fire and Rescue and two units of Dare County EMS. 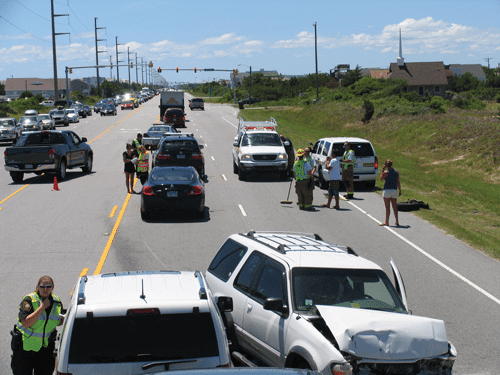 Zorc said, “Back in 1989 when the station opened, very soon afterwards there was an agreement made that we would work together in providing a level of response here in the community. It’s really valuable to have that EMS support here.”

This is a unique setup because fire and rescue is a town-based organization, while EMS is county-based. However, with the towns of the Outer Banks often running together, first responders acknowledge that the borders become blurred. Emergency vehicles will often adjust their coverage to other districts when one vehicle is dealing with a call or assist in a call outside of their area.

Zorc said it is common for firefighters to traverse town boundaries in an emergency – particularly for Nags Head when it comes to Colington and Kill Devil Hills. “There’s always an opportunity for many hands to make the work a little bit lighter,” he said. “If they have a fire, we have a fire.”

Firefighters also respond to many medically related calls, such as the mock vehicle accident described above. In fact, only 8.87% of the incidents Nags Head Fire and Rescue responded to in 2014 involved fires, while 52.53% were rescue and emergency medical. 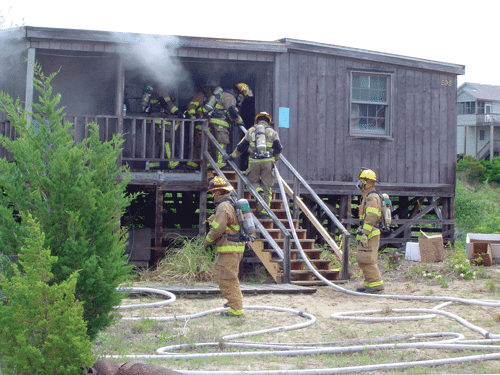 Most emergency personnel agree that although the types of calls coming in do not vary much, the volume of calls noticeably spikes in the summer months. In fact, emergencies during the short, summer months represent half of 911’s call volume for the entire year. That spike is understandable considering that the population of the Outer Banks escalates from about 34,000 year-round residents to 350,000 people in peak season. All types of emergency calls increase: traffic and vehicle accidents, property crimes, and traumatic injuries, but summer months add ocean rescues to the mix. These distinct differences in population and seasonal activity make it very hard to describe a ‘typical day’ for our first responders. During peak summer conditions, emergency personnel are lucky to get an hour or two of down time during their 24-hour shift.

In the case of critical injuries, Dare MedFlight is on hand to transport patients. This aeromedical service is one of the few county-owned operations of its kind in the nation and has existed since before the construction of The Outer Banks Hospital. This summer, the old BK117 helicopter will be replaced by a Eurocopter EC145T2.

Also preparing for the approaching summer season, some first responders will take on jobs with ocean rescue in addition to their primary careers. It is not unusual for some first responders to work in several facets of public safety or transition to a different emergency agency than the one they initially began in.

Tilley said, “You get a feel for working in public safety, and you find the direction that fits your personality and skill set, whether it be police or EMS or fire. There are a select few that can do the different job functions.”

Nags Head Police Chief Kevin Brinkley said, “Everybody has their own unique role, but it is a seamless process because everyone is working together to accomplish it. We all work together; our ultimate goal is to get there and make sure everyone is safe.” 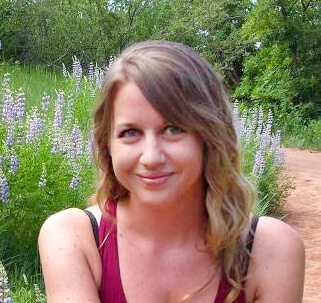 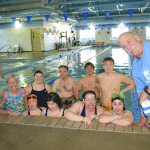