When it comes to fishing, there’s plenty to fall for: stories about the big one that got away, the latest can’t-miss gear, that secret spot your buddy swears nobody else has discovered.

Before falling for any more fish stories, North Carolina anglers are instead being encouraged to fall hook, line and sinker for some authoritative research on the sport they love in the state where they love to fish.

“We decided to find some kind of science just hitting the street in scientific journals where most anglers wouldn’t go, but a lot of it could impact their fishing, improve their fishing,” says Sara Mirabilio. “Make this 400, 450 words of cutting-edge research on what we think will impact the saltwater angler.”

Since the blog’s launch in December, Mirabilio and Scott Baker have teamed to write about everything from how warming trends will impact fishing locations to the use of circle hooks vs. J hooks to “How Much We Love to Fish.” And really, that’s the topic that spearheaded this whole idea. 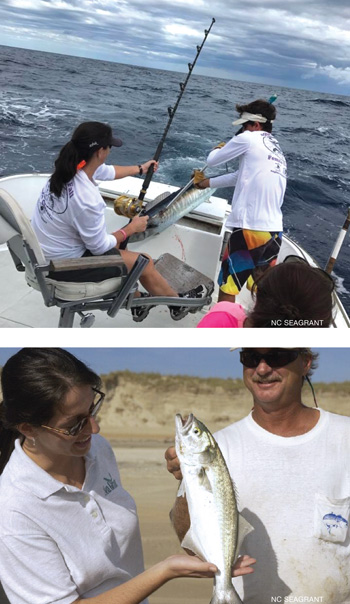 So Mirabilio and Baker set out to change that. North Carolina Sea Grant was formed in the image of the better-known ag extension and coop offices scattered throughout the country tasked with helping farmers. A national Sea Grant initiative started in the 1960s established 33 programs to initially work with commercial fishermen.

Since its founding in 1970, NC Sea Grant’s mission has evolved to cover a wide variety of coastal issues, from water quality to hurricane preparedness to aquaculture. It’s a federal-state partnership with federal funding running through NC State University. Mirabilio, in her 15th year with Sea Grant, is based out of the Coastal Studies Institute in Wanchese.

“About 50 percent of our money funds research,” Mirabilio says. “The main thing, at the end of the day, we do what we call ‘applied research.’ We’re the ‘how do we fix this?’ science, not the ‘gee-whiz’ science.”

That doesn’t mean they still don’t enjoy some “gee-whiz” moments, though. As fisheries specialists, Mirabilio and Baker knew they wanted to do something to reach out to such divergent groups as charter headboats, commercial fishermen and the general saltwater angler, but couldn’t figure out how. Then, like any good scientist, they realized they needed some data. 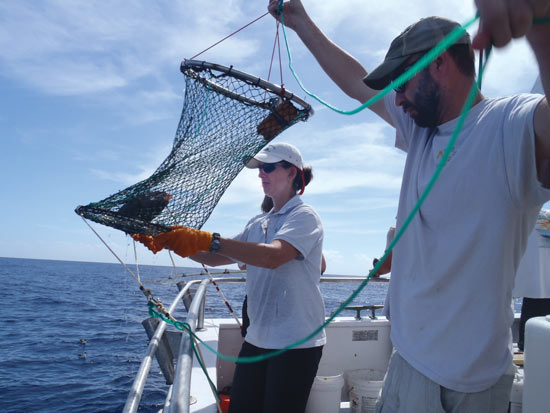 Working with the state Division of Marine Fisheries, Mirabilio and Baker sent out a survey to 1,000 North Carolina residents who held a coastal recreational fishing license. The surveys revealed a wide variety of topics of interest, as well as a desire to find reliable information online. After sending the survey in 2017 and analyzing the data in 2018, Hook, Line & Science was born in December 2018.

Who gets credit for the wonderfully creative name and a clever logo that features a monofilament and hook ampersand?

“We struggled with that,” Mirabilio admits with a laugh. “We wanted something that was fun: ‘Hook, line and sinker,’ we want people to catch on and follow us. To us it clearly meant this is for anglers.”

The first blog post introduced the idea and was well received. A long-time outspoken critic of NC Sea Grant, for instance, was the first person to like the introductory Tweet. An early Facebook poster asked for a way to get the blog entries sent automatically to his inbox. Lynne and Ernie Foster of The Albatross Fleet lauded the scientists for their innovation.

Mirabilio and Baker, who is based out of the Wilmington office, split up the workload with a goal of having a regular Monday feature that is reader-friendly and “clearly about science” rather than a debate about fishing regulations. They work off a spreadsheet that lines up all the topics people requested in the survey in an attempt to find new scientific research that addresses it. Mirabilio envisions upcoming stories dealing with everything from safe-release techniques to lionfish to boating safety tips.

“We want to improve our engagement as a whole, build more inroads,” she says of the project. “We’re hoping we get them a little more educated and meet some of the science intrigue they have. And heck, if it helps them catch more fish, even better!” ♦ 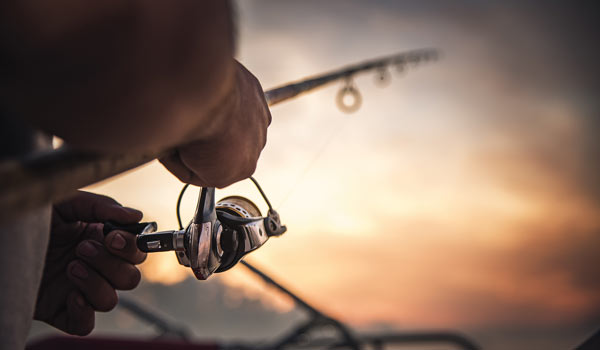 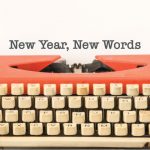 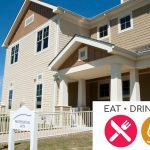