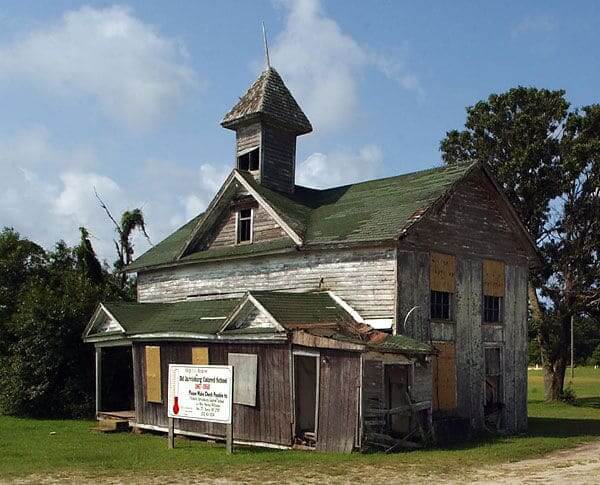 Jarvisburg Colored School prior to restoration.

History is all around us on the Outer Banks. It begins with Sir Walter Raleigh’s Lost Colony and the birth of Virginia Dare, the first child born of English parentage in the New World back in 1587.

We also have the mystique of the “Graveyard of the Atlantic.” Then along comes two brothers from Dayton, Ohio named Wilbur and Orville Wright, flying their “heavier than air” machine on the windswept sand dune of Kill Devil Hills.

Just a few short miles north of the Wright Memorial Bridge, there is even more history waiting to be discovered. This is where you will find the Jarvisburg Colored School and Museum.

“The Jarvisburg Colored School sits on its location dating back to the early 1900s, when it was rebuilt as a slightly larger school to accommodate more children,” says the school and museum’s vice president and board member, Vivian Simpson.

“The museum reflects the history of several educational objectives for African American children through the 1950s, such as school schedules for operation, extension of education for high school age students and enrollment of young students. This was during the time when standards for white students were often different than those for African American students.”

She continues, “In 1950, these small schools, many in very poor condition, were consolidated into one school for all African American children in the county. The schools were not desegregated until 1968.”

More than just a restored school and museum, the Jarvisburg Colored School, as of December 11, 2009, has been on the National Register of Historic Places.

Simpson explains, “This was a goal of the Board of Directors since its incorporation in 2003. There’s an amazing history behind the school, dating back to the deeded gift of land for the specific purpose of establishing a school to educate the colored children in lower Currituck County. This gift was made in 1868, just a few years after the end of the Civil War. The donor of the land was Mr. William Hunt, a freed, educated African American farmer in the Powell’s Point area.”

Students at Jarvisburg Colored School during the 1950s

The Association was formed in 2003, although efforts to save and restore the building had started several years prior. “Initial efforts to save the school building began in the late 1990s through efforts of alumni and at the urging of former teachers. This effort was led through the Corinth Baptist Church which has owned the property since it was sold by the county in 1950.”

Through additional conversations about non-profits and grants with the North Carolina Community Foundation, the committee, led by Alice Lindsey, Ruth Dillard, and Norma Williams, expanded its goals to not only save and restore the school building, but to save and share the history of all the African American schools in Currituck and the culture of the African American community in Currituck County.

To support the Museum, the Corinth Baptist Church donated the one-acre piece of land and the building to the Historic Jarvisburg Colored School in 2005. Later in 2010, HJCS deeded this same property and building to Currituck County for the agreed purpose of completing and maintaining the Museum in cooperation with HJCS as a nonprofit partner.

The Museum is open year round on Wednesdays, Thursdays, and Saturdays from 10 a.m. to 3 p.m. for tours, school groups or anyone else interested in its history. It can also be made available at other times when scheduled ahead and is open with the support of community volunteer guides and assistance from Currituck Travel and Tourism.

Many of the local guides had family members who attended one or more of the schools for African American children in Currituck County.

While there is currently no admission charge, donations are welcome. Another way to help support the school is by purchasing the Association’s cookbook, A Taste of Old and New, which can be purchased at the museum. 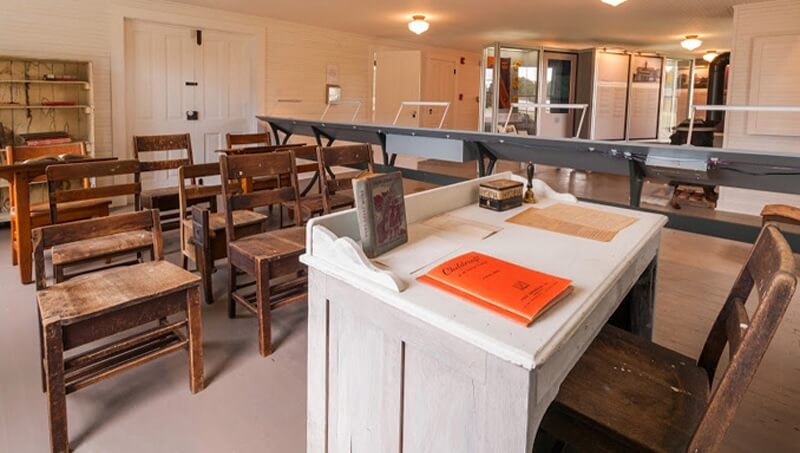 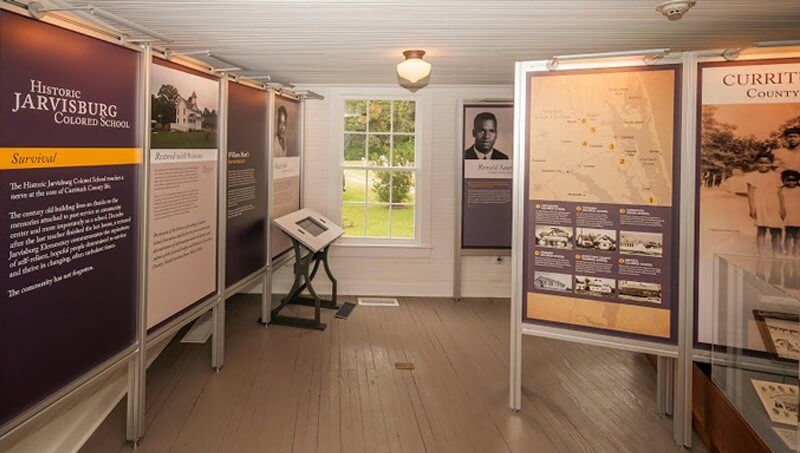 According to Simpson, “The cookbook is closely linked to the culture surrounding the rural economy during the time frame highlighted in the museum. Many families raised their own vegetables and meats. Recipes were passed down from mother to daughter and father to son and friends.”

She said that during this period, wood stoves were commonly used for heating and cooking.

“In the 1940s and 50s, some small kitchens were added to the schools by Currituck County and the cooks were mostly from the local community. We thought it was important to share these stories and recipes at the museum and more extensively, in a cookbook that could be sold to raise funds for future exhibits.”

In both audio and written format, the voices of former students share stories about attending one of these schools and about their special experiences growing up in rural Currituck County.

Simpson concludes, “The importance of education was clearly recognized by Mr. William Hunt, the donor of the land in 1868. Efforts to provide a good education since that time had many pitfalls as well as ups and downs. But the combined efforts of the whole African American community kept moving ahead, and today those experiences and lessons continue to be valued.”

“The partnership with Currituck County to save and work together to share this history and the stories of former students is beneficial to everyone who comes to learn.”

The school and museum is located at 7302 Caratoke Highway in Jarvisburg. For more information, visit historicjarvisburgcoloredschool.com or call 252.491.2409. ♦

Greg Smrdel, while his physical body lives in Ohio (for now), his soul will always remain on the Outer Banks. 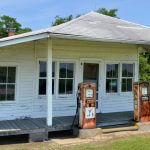 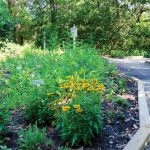