Lifesaving Traditions of the Outer Banks

By 3dog
Posted July 7, 2016
In Back In The Day, Coastal Life, OBX Community, Safety
Lifesaving Traditions of the Outer Banks2016-07-072016-07-12https://outerbankscoastallife.com/wp-content/uploads/2020/01/cl-masthead-horiz-color.pngOuter Banks Coastal Lifehttps://outerbankscoastallife.com/wp-content/uploads/2016/07/surfmen.jpg200px200px
0

Saving lives at sea has been a tradition on the Outer Banks since the first European settlers arrived here more than 400 years ago. Today, the primary responsibility for upholding that tradition goes to our United States Coast Guard.

Changing with the Times

The original intention of the U.S. Lifesaving Service was to establish as many stations as close together as possible in order to cover the entire coast quickly. This is because everything was manual then, and lifesavers had to haul the boats and beach carts by manpower. They also had to patrol the beaches along the surf on foot, which is why they were referred to as “surfmen.” In 1915 the U.S. Lifesaving Service merged with the U.S. Revenue Cutter Service to form today’s U.S. Coast Guard. Other than an increased number of missions, hardly anything changed for the next 80 years, and it was still very effective. But by the mid-1950s, things changed drastically. High-powered surfboats that were self-righting and self-bailing could be on scene much more quickly than before, and they didn’t have to be staged so close to harm’s way. Igor Sikorsky had invented an incredible flying machine that was perfect for maritime rescues: the helicopter. In 1954, Lockheed (now Lockheed-Martin) also invented the C-130 Hercules cargo plane, perfect for long-distance rescue support. With the completion of N.C. Highway 12 on the Outer Banks, transit speed also increased.

Consequently, fewer stations were needed, and they could be farther apart and farther inland. The older U.S. Lifesaving Stations were decommissioned. Some were sold at auction and some razed on purpose, but sadly, most were just neglected and abandoned.

The origins of today’s Coast Guard stations can be very confusing. This is due to the fact that the same stations were renamed from time to time. Even worse, the name of one station could be transferred to an entirely different station. The two stations on either end of Hatteras Island are classic examples of stations that both changed their names and their locations over the years.

Time for a brief review of the history of each station. The U.S. Lifesaving Service Station Hatteras Inlet was located somewhat near the inlet on the southern end of Hatteras Island in 1878. But in 1883 that station was renamed the Durant Lifesaving Station. It was abandoned in 1939 and later became part of a motel in Hatteras until Hurricane Irene washed it away completely in 2011. A second station was built there in 1917, but it was also washed away by storms in the 1950s.

Left: The Durant Lifesaving Station, built in 1878, was originally named “Hatteras.” but because of confusion with the station at Cape Hatteras, its name was changed to Durant in 1883. Below: The station as it appeared prior to Hurricane Isabel. At the time it was part of the “Durant Station” motel complex. Photos via hatteras.biz

Today’s Coast Guard Station Hatteras Inlet is located on the southern end of Hatteras Island adjacent to the Hatteras ferry docks. The present station was built in 1962 on six acres of National Park Service land. The station is equipped with two 47-foot surfboats (the kind designed to sustain a roll-over in heavy seas, but testing that on purpose is officially frowned upon!) and other rescue facilities. Station Hatteras Inlet also covers Ocracoke during the summer.

As a multi-mission unit, Station Hatteras Inlet conducts search and rescue, boating safety, law enforcement, and marine environmental protection operations. There is a boat crew available 24 hours a day that responds to more than 150 calls for assistance annually. The station’s area of responsibility includes more than 2,350 square nautical miles of the Atlantic Ocean, one third of the Pamlico Sound, and half of Ocracoke Island. This area includes Diamond Shoals, which is also known as the Graveyard of the Atlantic.

The origins of Coast Guard Station Oregon Inlet are even more difficult to untangle. A U.S. Lifesaving Service Station named Bodie Island Station was located on the south side of the inlet in 1874. In 1883, the station on the north side of the inlet named Tommy’s Hummock was renamed Bodie Island Station. At the same time, the original Bodie Island Station, still located on the south side, was renamed the Oregon Inlet Station. In 1888 this station was moved farther westward, but still remained on the south side of the inlet. Less than a decade later, it was totally destroyed by a storm. A new station was built there and became operational in 1898. This is the station you see now as you head south across the Oregon Inlet Bridge, and it’s the first building you’ll come to on Hatteras Island. It was abandoned in 1988, and the current station, now on the north side of the inlet, opened in 1990. It is located behind the Oregon Inlet Fishing Center, and it’s easy to pass by without ever seeing it. As a multi-mission unit, Station Oregon Inlet has the same missions as Station Hatteras Inlet. They respond to about 200 search and rescue missions a year.

Here is one of the most interesting things about these two stations: The Coast Guard has hundreds of stations of all types along America’s coasts, including the Atlantic, the Gulf of Mexico, the Pacific, and the Great Lakes. Of all those stations, only 20 are classified as “surf stations.” These are defined as places where the surf is higher than eight feet for more than 10 percent of the year. Only five surf stations are located on the Atlantic Coast, and Hatteras Island has two of them, one on each end!

U.S. Coast Guard Air Station Elizabeth City is not located on the Outer Banks, but it has a very distinct presence here. According to a public affairs officer at Station Elizabeth City, “Our bread and butter is search and rescue. Our H-60s (helicopter crews) do a lot of their training flights in the area of the Pamlico and Albemarle Sounds, but our HC-130s (cargo and transport crews) do a significant number of training flights in the vicinity of Hatteras. Most of these training flights are practice air drops for us, and it is not unusual for us to be as low as 200 feet over the Pamlico Sound near Hatteras.” Visitors to the Outer Banks will see these aircraft flying over, which they do frequently.

Probably one of the easiest things to overlook, or not even notice, is the myriad of navigational aids in the waters of the Outer Banks. There are literally hundreds of these buoys, channel markers, and lights that give vital information to mariners. Every one of those is placed, maintained, checked on, and repositioned as conditions change by the U.S. Coast Guard’s Aids to Navigation Team Wanchese.

The Beat Goes On 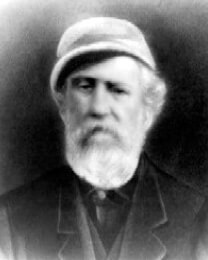 The waters surrounding the Outer Banks have always been its major player. These waters have given life, and they have taken life. But the people living here established a long-standing tradition of saving lives. That tradition has taken many forms over the years, from the early settlers, organized volunteers, civilian lifeguards, and municipal as well as volunteer water rescue units to federal organizations, which included first the U.S. Revenue Cutter Service, the U.S. Lifesaving Service, and finally, today’s U.S. Coast Guard.

That tradition has also changed focus over the years as situations have changed. For example, in earlier centuries, the waters off the Outer Banks were almost solely used for commercial shipping. This meant that wooden sailing ships with crews rarely above a dozen hands hauled basic products such as lumber, coal, and sugar up and down the Eastern Seaboard. When wrecks occurred, these shipwrecked souls were almost always the victims of storms and other forces beyond their control. The sole responder toward the end of this time period (from the late 1800s to the early 1900s) was the U.S. Lifesaving Service.

After the Lifesaving Service became the U.S. Coast Guard that focus changed dramatically, especially during World War II when German submarines were sinking a large number of Allied ships off the East Coast. 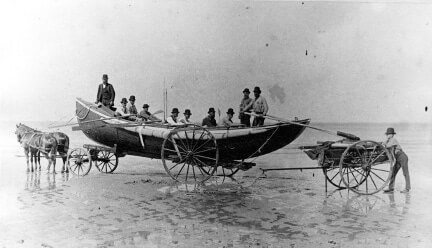 A surboat, like those used to rescue the Ephraim Williams’ crew, would be towed on a cart like this one, to a suitable launching spot, where it would be pushed into the water deep enough to float it off the cart. Photo U.S. Coast Guard.

Following the war, and up to today, the Coast Guard’s rescue missions have become increasingly diverse and complex. There are still large commercial ships, but they are rarely in trouble in this area. Now, however, there are thousands of commercial fishing boats, charter fishing boats, and hundreds of thousands of pleasure boats. Even cruise ships have medical emergencies that sometimes require evacuations by Coast Guard boats and helicopters. The Coast Guard stays very, very busy!

Add to that a relatively new phenomenon to the Outer Banks: an increasingly large number of vacationing beach goers. Now we are dealing with millions of people each year who swim and play in the surf – and any mariner will tell you that the most dangerous part of the ocean is the surf. This area is too shallow for Coast Guard boats, so professional and volunteer lifeguards and water rescue units with personal watercrafts now handle rescues close to the shore. These organizations work with, and through, the Coast Guard.

The men and women of this sacred tradition – from the beginning until now – are very special people. This is probably best expressed by a U.S. Lifesaving Service supervisor in his report on the wreck of the 491-ton barkentine, the Ephraim Williams. The ship wrecked on Cape Hatteras’

Diamond Shoals during a monster storm in December 1884. Still, the crew of the Cape Hatteras Lifesaving Station, led by Keeper Benjamin Daily, rescued the Ephraim Williams’ entire crew. After an investigation, the supervisor wrote a memo that became world-famous:

I do not believe that a greater act of heroism is recorded than that of Daily and his crew on this momentous occasion. These poor, plain men, dwellers upon the lonely sands of Hatteras, took their lives in their hands and, at the most imminent risk, crossed the most tumultuous sea that any boat within the memory of living men had ever attempted on that bleak coast, and all for what? That others might live to see home and friends.

That italicized phrase has become a motto for groups everywhere whose passion it is to save lives from the perils of the sea. Ultimately, they continue to uphold this honorable tradition so that others may live.

Editor’s note: A comprehensive overview of the U.S. Lifesaving Service’s early years appeared in the spring 2016 edition of My Outer Banks Home, which can be found online at myouterbankshome.com. ♦ 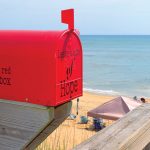 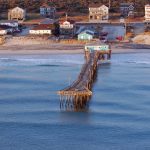 At The Edge of the Sea: Outer Banks PiersCoastal Life, OBX Community