A major beach nourishment project that will pump about four million cubic yards of sand onto the beaches of the northern Outer Banks will get underway this spring. The project encompasses the towns of Duck, Kitty Hawk, Kill Devil Hills, and a portion of Southern Shores.

Dare County, as the lead contracting entity, awarded a  $38.6 million contract in March of 2016 to Great Lakes Dredge and Dock Company for the work. Beach nourishment involves dredging sand from offshore sources, such as a sandbar, inlet, or “borrow site” along the ocean floor, and pumping it onto the existing beach through a pipeline. While it doesn’t prevent erosion, it re-establishes a buffer between the ocean and oceanfront structures.

In 2011, the N.C. Division of Coastal Management measured long-term annual shoreline change rates and found that 62 percent of the state’s shoreline changes at a rate of 2 feet per year or less, with 20 percent experiencing erosion rates between 2.5 and 5 feet per year. It was noted in the study that, due to the complex structure of the barrier islands, erosion rates can vary significantly not only from town to town, but from one mile to another.

The upcoming effort marks the first time these towns have embarked on a beach nourishment project. The project area in Duck incorporates 1.7 miles of town beach spanning from the U.S. Army Corps of Engineers Field Research facility south to 140 Skimmer Way and includes a taper to the north.

The project will place approximately 1,180,000 cubic yards of sand from an offshore borrow source back onto Duck beaches so that existing dunes are 20 feet wide and 20 feet high with a berm of approximately 200 feet.

“The investment in this project, the cost of which represents approximately 1 percent of the value of property in the Town, will protect property and tax value, provide a more robust recreational beach area, and help preserve Duck’s and the Outer Banks’s reputation as a world-class tourism destination,” said Duck Town Manager Chris Layton.

In early March, the town of Southern Shores joined the other three municipalities, signing on to have sand pumped onto 2,500 feet of its beach, primarily in front of the Pelican Watch community.

Pumping in Kill Devil Hills will include almost 2.6 miles – from the town’s northern border with Kitty Hawk south to Prospect Avenue. The berm will be particularly concentrated at the northern end of town, as the dune systems are well established, sprigged and more stabilized in the southern portion of town. Although FEMA built a berm after Hurricane Isabelle, this is also the first designed and engineered beach nourishment project in Kill Devil Hills.

“Over the past decade, the Town of Kill Devil Hills has experienced several storms that have damaged our natural sand beaches as well as structures along the oceanfront,” says Mayor Sheila Davies. “In order to maintain the aesthetic, environmental and physical value of the beach, the Board of Commissioners is committed to this beach nourishment project.”

The  project, is largely funded by the Dare County beach nourishment fund, which is sourced by a 2 percent portion of the occupancy tax collected by Dare County. This tax is mandated by the legislation as a tourism development tax for beach nourishment. Individual towns will pay the rest of the tab through tax revenue generated by special municipal service districts.

Another beach nourishment project set to begin includes a $25 million effort in Buxton to pump sand onto 2.7 miles of beach from the “Haul Over” area just north of Buxton to the Cape Hatteras Lighthouse. A date has not been announced for the project, which is expected to widen the beach by 250 feet. The majority of the funding for that project will also be through Dare County’s Beach Nourishment Fund.

Several beach nourishment projects have already been completed on the Outer Banks. Mirlo Beach received sand in 2014 to protect a section of N.C. 12 often referred to as S-Turns. The Town of Nags Head also completed a major nourishment project in 2011 that covered 10 miles of town beaches. According to the town website, plans are underway for the next beach nourishment maintenance project and a 30-year plan for ocean shoreline management.

For up-to-date information on beach nourishment projects in Dare County, visit morebeachtolove.com, a joint effort between the county and participating towns to provide the public with the latest news regarding these projects. ♦

Abby Stewart is a freelance writer who lives in Currituck County but has spent most of her summers on the beautiful beaches of the Outer Banks. 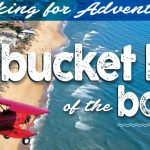 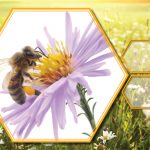