Not only do our beautiful Northern Outer Banks boast wide, sandy beaches, the honor of the First Flight, and prestigious wild Mustangs. They are also the home to five lighthouses, all of which can be visited in a single day. Every August 7th, we celebrate the Act of Congress which, in 1789, established the support of lighthouses, beacons, buoys, and public piers. National Lighthouse Day, as it has come to be known. It’s a time visit and honor our historic beacons in Corolla, Roanoke Island, Pea Island, Cape Hatteras, and Ocracoke.

Completed on December 1,1875, the Currituck Lighthouse stands 162 feet tall and takes 220 steps to climb. The lighthouse was built with approximately 1 million bricks. Now think about if you laid those bricks down end-to-end. They would stretch from the base of the Lighthouse to the Town Hall of Duck. That’s 15 miles to the south!

Unlike most lighthouses in the United States, the Currituck Light Station uses the original first-order Fresnel lens. Markedly installed when it was first built. A 1000-watt bulb provides a guiding light, every night from dusk to dawn. In fact, it can be seen 21 miles away. The light flashes on for 3 seconds, off for 17. It’s a distinctive 20-second pattern that sets the Currituck Lighthouse apart and makes it identifiable to mariners.

A keeper’s house was built on the site in 1876 to house the three light keepers and their families. In the late 1890s, a small one-room schoolhouse was built nearby for the keeper’s children. However, electricity and automation came to the Currituck Light in 1933. By 1937, the site was taken over by the US Coast Guard (USCG). The Currituck Beach Lighthouse, the keeper’s house, and schoolhouse fell into disuse and decay.

Luckily, in 1990, the Outer Banks Conservationists, Inc. took an interest in the site. They signed a lease with the State to preserve the compound, making it the only privately-owned lighthouse on the Outer Banks. Today, the keeper’s house is home to year-round light keepers and their families. Furthermore, the schoolhouse was also preserved and, in 2012, re-opened as North Carolina’s smallest public school.

The last light keeper to serve as an employee of the Bureau of the Lighthouse, before the Currituck Light was taken over by the USCG, was Bill Tate who is famously credited for bringing the Wright Brothers to Kitty Hawk.

Most visitors don’t even realize the white building situated 40 yards off the Manteo waterfront in the Roanoke Sound is a lighthouse. Indeed, it just looks like a pretty little building on a dock. In actuality, it’s a replica of the Roanoke Marshes Lighthouse which once sat at the entrance to the Croatan Sound off of Wanchese.

An initial lighthouse was built to help guide sailors navigating the sound waters in 1831, but, due to the need for extensive repairs, the lighthouse was abandoned in less than a decade. The second, built on marshland in 1858, was equipped with a fourth-order Fresnel lens and manned by a light keeper and an assistant. While it survived the Civil War, the changing nature of our sounds left it standing in 10 feet of water and it was decided another should be built to replace it.

Therefore, located 200 feet to the south-southeast, the third Roanoke Marshes Lighthouse was built in 1877. It is the original on which today’s replica is based. It was reinforced with 80 creosote piers, keeping it stable and in place until it was decommissioned in 1955. Standing 37 feet tall and topped with a 2’ 4” tall lens, it was the only river lighthouse in Dare County, and used a fixed white light to guide sailors. After it was decommissioned, a private citizen bought the lighthouse and was moving it to his land on a barge when rough seas knocked the structure into the sound where it was lost.

As part of the Town of Manteo’s centennial celebration in 1999, it was decided that a replica of the lost Roanoke Marshes Lighthouse would be built on the waterfront in honor of the town’s rich maritime heritage.

Nobody loves a tall tale like an Outer Banker, and so the legend of the name of our second northernmost lighthouse, Bodie Island, is infamous. Supposedly, the stretch of Pea Island south of Nags Head was so treacherous for sailors, the shores would be awash in bodies, prompting the necessity for a lighthouse. However, the kinder, gentle truth is that the Boddy family owned the stretch of land where the current lighthouse stands. The name was accidently changed through the years as Congress appropriated funding bills, and today we have Bodie (don’t forget, it’s pronounced “body”).

Our present lighthouse is actually the third attempt to protect vessels in our treacherous waters. The first lighthouse, built in 1847 at a mere 54 feet, was underfunded and poorly constructed; the foundation sank which led to a leaning tower of Bodie. A second lighthouse, slightly taller at 80 feet, was constructed in 1859; the funds were allocated for a third-order Fresnel lens which could be seen 15 miles away.

Unfortunately, the lighthouse was deemed a potential lookout for Union troops during the Civil War and was blown up by the Confederates in 1861. Our current day Lighthouse was built in 1872 on land purchased from an Outer Banks local and former Bodie Island lightkeeper, John B. Etheridge, for $150 (about $3125 today). Standing at 156 feet (three times as tall as the original), the first-order Fresnel lens projects light to a distance of 18 miles.

A massive preservation project began in 2010 to restore the failing lighthouse; bits and pieces started to fall and its structural integrity was showing signs of failure. The lighthouse, the antique Fresnel lens, and the Keeper’s House were fully restored and reopened to visitors in 2013.

Celebrate National Lighthouse Day with the Outer Banks’ most well-known and recognizable beacon. Its spiraling black-and-white stripes and significant height, the Cape Hatteras Lighthouse, towers over the treacherous Diamond Shoals protecting vessels from potential hazards. Although not the original lighthouse, which was built in 1803, and doubled in height in 1853, our current light station was completed in 1870.

Housing a first-order Fresnel lens, the 800,000-candle power light flashes every 7.5 seconds, which can be seen 23 miles out to sea. At 198 feet tall, Cape Hatteras Lighthouse is the tallest brick lighthouse in the U.S. and is equal to three Wright Brothers Monuments (60’) along with 3 Carova wild horses stacked on top of each other. Aside from its famous height, and distinctive striping, the lighthouse also survived an attempt by Confederate troops to destroy the tower during the Civil War.

The Relocation of Cape Hatteras Lighthouse

Above all, Cape Hatteras light’s most famous feat was its well-orchestrated move. Cape Hatteras Lighthouse was originally built a slim 1500 feet from the shoreline. Therefore, rising tides and eroding sand threatened the lighthouse’s existence throughout the years. Finally, when the surf reached 100 feet from its base in 1935, a steel structure was erected nearby. The beautiful lighthouse was abandoned.

Luckily, dunes were built in 1936 to fight back the tides and by 1950 the Cape Hatteras lighthouse regained its light and was reopened for business. Despite these efforts, the tides still rose and at times lapped its base. It was decided in 1989 to move the light, the principal keeper’s quarters, the double keeper’s quarters, two cisterns, and the oil house. After ten years of planning and preparation, in a wondrous spectacle, the lighthouse and its outbuildings were moved 1500 feet back from the ocean over the course of 23 days.

Today visitors can visit the site, climb the 257 steps to the top, and even take a tour under the light of the full moon.

National Lighthouse Day wouldn’t be complete without heading south on the ferry to the last OBX lighthouse. The oldest working lighthouse in North Carolina, and the second oldest in the United States, Ocracoke Island Lighthouse was built on a two-acre plot bought for $50 by the federal government. It was built in 1823 to replace the nearby Shell Castle Island Lighthouse, which was located on a sandbar island in the nearby Pamlico Sound. It was needed to guide vessels between Portsmouth and Ocracoke islands. Due to the nature of shifting sands, Shell Castle Island moved over a mile from its original location before burning to the ground after a lightning strike.

Designed by Massachusetts architect, Noah Porter, the Ocracoke Island lighthouse has a distinctive white finish. Specifically, it’s made from a combination of salt, lime, ground rice, whiting, and clear glue. Situated on the southernmost point of the northern Outer Banks, Ocracoke Light is petite compared to its sisters; at a mere 75 feet tall. It equals 14,400 stacked copies of My Outer Banks Home Magazine. Comparatively, the Cape Hatteras Light Station would equal 38,000 copies.

Since the light was meant to guide mariners through the inlet, not ocean-going vessels, dramatic height was not necessary. Its light only reaches 14 miles. Thick walls, 5 feet at the base tapering to 2 feet at the top, and a position atop high ground on the island have made the Ocracoke Island Light Station a safe place for locals to ride out hurricanes throughout the years.

Restoration began in 2010 to upgrade the lantern room. Specifically, reworking the fourth-order Fresnel lens, metalwork, the windows, and the spiral wooden staircase which was rotting away. Visitors can visit the grounds, where the two-story keeper’s cottage and oil storage shed can also be found.

OCRACOKE: Lighthouse Road
HOURS: The Ocracoke Light Station is not open for climbing, but the site and grounds can be visited daily.

Meaghan Beasley has lived on the Outer Banks over 14 years; although not a local herself, she married one and finds herself completely at home here among the water and dunes. A sort of modern Renaissance woman, Meaghan works as an Indie Bookseller, a bookkeeper, a freelance writer, a small sewing business owner, and the wife of a crabber (truly a job in and of itself). When not working, she’s reading: on the beach, on the deck, on the couch – anywhere’s perfect for reading! 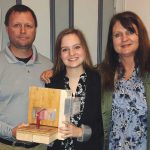 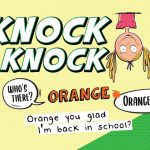