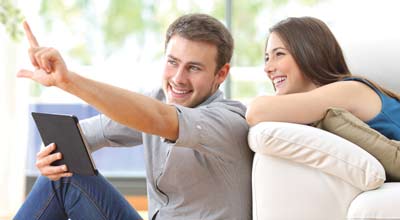 Twenty years of age in human terms? That’s newly arrived as an adult and about to step out into the wider world.

Twenty years as a home? That’s a completely different story.

“In our (Outer Banks) market, if you’ve owned a home for 20 years and you’ve used it as a vacation home, you’re satisfied with outdated features,” Jeff Scott owner of Scott Team Realty said.

Which is fine until the homeowner decides they want to sell.

“We have a ton of inventory that has to be updated,” he added. 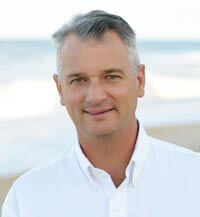 That updating can get expensive, but according to Scott, it’s an investment that may be necessary although it’s doubtful if it will pay for itself.

“The bottom line is you’re never going to get 100% return on your money,” he said.

Matt Neal, owner of Neal Contracting, agrees, noting that a 20 year old home is competing against a shiny new building.

“There’s a big distinction between new construction and aging inventory,” he said. “Unless it’s in a highly desirable area like Duck, it’s going to sell for several hundreds of thousands of dollars less.”

Which is why the upgrades become so important.

“The more you put into it, the closer you’re going to get to that price,” he said.

Faced with the near certainty that the investment in upgrades will not be realized, Scott has suggested making the improvements at least a year or two before selling the property.

“I think if you’re going to sell your house and you want to get top dollar, do it early so you get some enjoyment out of it too. Because you’re not going to get full value,” he said. 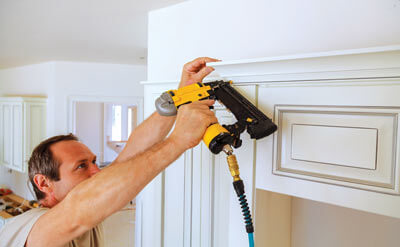 It may even make sense to upgrade to maximize rental income if the home is a seasonal rental. Looking to the future, a property that shows good rental income is a more desirable investment.

“Updating a house will also increase your rentals even if you don’t sell it,” Scott said. “If you have good rental numbers it increases the value of your property.”

For the homeowner who is thinking of selling, being aware of what is happening in the marketplace is also key. Scott suggests a simple way to know what needs to be done.

“If a seller is thinking about selling, it’s probably a wise thing for them to go to some open houses of new construction, and see what their competition is going to be. So they can understand where the deficiencies are with their property,” he said.

And then, be aware of buyer expectations.

“I call it the HGTV effect. Buyers today are watching these TV shows and they’re seeing new light fixtures and granite tops and everything updated. And that’s what they expect to see,” he said.

Although upgrading and renovating a property can get very expensive very quickly, there are some things an owner can do that will not be as expensive but will help. 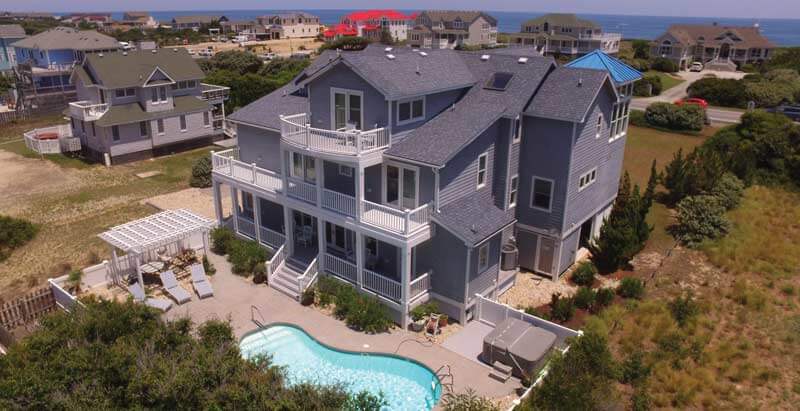 Jeff Scott mentions how the owner of this house looked to increase its value by adding extra square feet by bumping out the walls on two sides as well as in the back of the house.

“The most affordable things to do are things like, replace the light fixtures, paint, do some landscaping. A thorough cleaning. Update the flooring. First impression is really important,” Scott said.

Based on his experience, Neal also has some practical advice.

“You don’t want to personalize the upgrade so much that you’re putting yourself out of the larger market. That’s really a little bit of a dance,” he said. 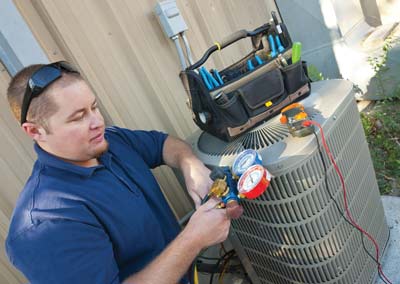 It is important to know the extent of the work that will be done. Something simple may not take much time. Even some major work, like replacing a HVAC system, can often be done with relatively little lead time.

Wakeley continues, “Have your HVAC technician inspect the physical condition on both the indoor and outdoor units. A clean and well-maintained system uses any where from 20% – 30% less energy.”

And remember, something as simple as changing your filters regularly will go a long way to keep your heating and air conditioning system running efficiently. Plus, according to Wakeley, there are also health considerations for keeping your system clean. “Dirty, non-maintained equipment can cause dust mites, poor indoor air quality, and soiling of walls and furniture.”

Not everything falls into the categories of maintenance and short lead time. For most of the major work, contacting a contractor as early as possible is important.

“If you wanted a project to be completed by Memorial Day, I would start a planning an interview process with builders at the end of the previous of summer…and working into fall maybe select a few builders so they can start next February or March,” Neal suggested.

Neal cites a number of reasons why planning for major work on a home six or seven months out may be necessary. The Outer Banks is an extraordinarily harsh environment, and the toll it takes on homes does drive up replacement and maintenance costs—and complexity. 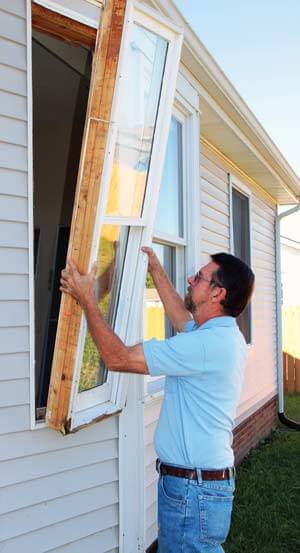 “If you have a three story wall of windows facing east. …The windows take a beating. Blowing salt and sand at 50 or 60 miles per hour will take its toll,” he said. “It’s not uncommon when we do these repairs that they need wholesale new window, decks and siding. With some of these houses that can be $100,000 or $110,000.”

That is a fairly large job and working that into a schedule is not something that can be done in a week or even two weeks, especially in an Outer Banks market that is experiencing a building boom.

“The issue (of scheduling) is compounded by a shortage of workers. Just for me to get out and get an estimate is time consuming. Usually in May we’re trying to get our current projects opened up for their rental season. To be contacted for a large scale project, even a small project, it’s almost impossible to work it into the schedule let alone do an estimate,” Neal said.

As important, perhaps, as working on a schedule with a contractor, is having the time to understand what can be done. Neal’s experience is that homeowners who give themselves a significant lead time, are able to work with the contractor to decide what plan will be best.

Jason James owner of Albemarle Contracting Services located on the Outer Banks agrees. According to James, “Most bang for the buck on maintaining rental incomes comes from kitchen and bathroom remodels. But, if you wait until March 15th to decide on that remodel, it’s going to be too late.”

James continues, “The winter is the perfect time to get this kind of work done. Once spring comes the labor pool gets very stretched out and waiting to get your projects started, and finished, will be more likely to occur.”

“What’s the highest price we can take this house to?”  Neal suggests owners ask themselves. “What’s the owner’s debt on the house? Because if it’s not updated it might be selling for such a less number, that it might make sense to update it. For others it might make sense get everything up to safety, fix the roof, maybe a new coat of paint so it feels fresh. And then let the new owner make the decision.”

Ultimately, of course, the owner is going to have to come to their own conclusions about what if anything should be done before putting their home on the market. How much additional investment is warranted? When should the improvements be made? What are the advantages of improving the property?

With almost 30 years of experience in the Outer Banks real estate market, one thing Jeff Scott has learned, is what happens if nothing is done.

“The house will definitely sit on the market longer,” he said.♦ 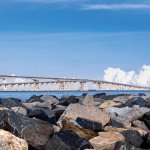 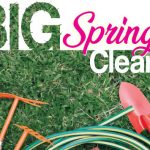 The BIG Spring CleanupDesign for Living, Do It Yourself, Garden & Landscaping