Outer Banks Water Filtration – How We Get Good Drinkable Water

It seems like such a simple thing, turn the faucet on and water comes out. No priming of a pump, no one is in the backyard with a bucket waiting for water to appear. Just clear, drinkable water.

In most places in this country getting water is a pretty simple matter. Homes and businesses alike have access to water. Put a dam in, create a reservoir and treat the water. At the present time most water will need at least a minimal amount of treatment. Works great if there is a river or stream and the local geology will support a dam. The Outer Banks, however, has none of that. It doesn’t have any place to build a dam and it certainly doesn’t have the flowing water that would fill a reservoir. But we do need water, and in the summer a lot of it.

What the Outer Banks does have is the Yorktown Aquifer, an underground river that is a remarkably reliable source of water.

“When North Carolina is in a dry situation inland and all the reservoirs are going dry, they can’t water their yards, they can’t wash their cars, I’m using water that nobody wants,” Ben Carawan, Supervisor of Currituck County’s Southern Outer Banks Water System (SOBWS) said.

Beginning its journey to the coast in North Carolina’s piedmont, the aquifer is well below ground level although it begins its journey above sea level. Like a river, it flows to the lower elevation and when it arrives beneath the Outer Banks it’s more than 200’ below sea level. The depth of the water in the aquifer varies, but by the time it gets to the Outer Banks it’s well over 200’ deep in most places. The water has to be treated mostly because it’s brackish. Not to mention, even with a well sunk 350’ underground beneath the surface. We need some sort of Outer Banks water filtration to remove that salt. And all of our water systems use reverse osmosis (RO), a place where high school science meets modern technology. 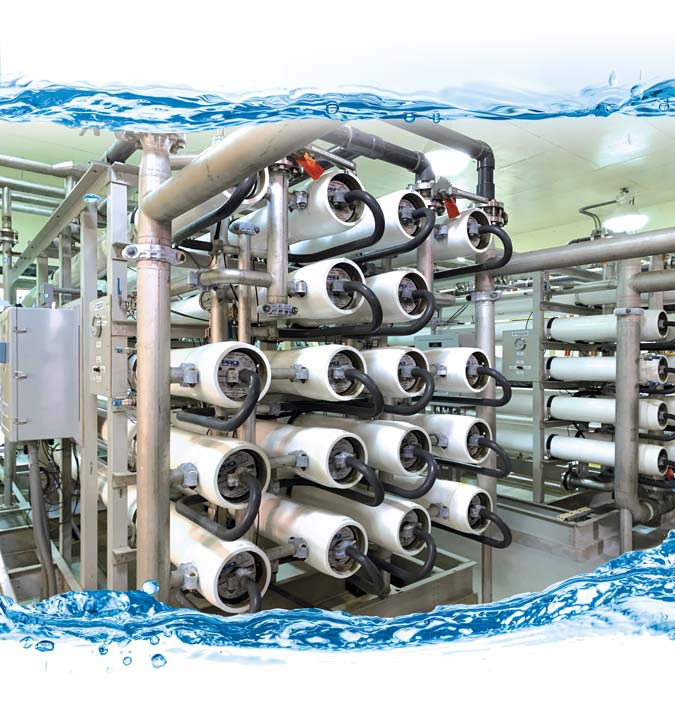 The water filtration on the Outer Banks uses this reverse osmosis system.

In osmosis there is a thin layer of material—a membrane—that will allow very small solids, salt in this case, to pass threw the membrane. On one side of the membrane there is brackish or salt water. On the other side fresh water. The water will naturally pass through the membrane from the pure water side to the salt water side because of osmotic pressure.

“You’ve got concentrate here and fresh water here, and this (the salt) wants to go back, Dare County Public Works Director Patrick Irwing said. “So we have to reverse it. What we do, we do with high pressure pumps. Once we take the good fresh clean water out, we call it the permeate, once we take that out of the water, we’ve got to keep it going in one direction. There’s where the reverse osmosis comes in. You have a natural osmotic pressure you have to overcome.” That’s Outer Banks water filtration in a nutshell. 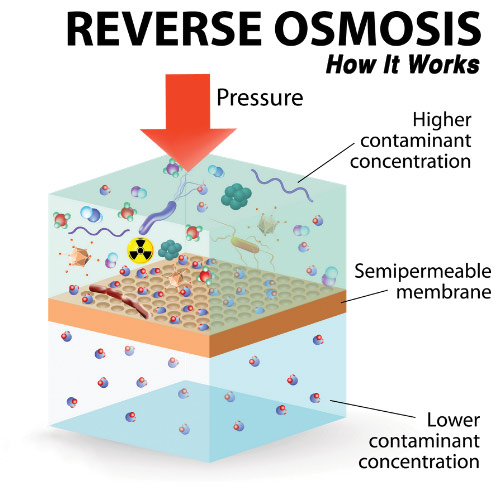 For an area with a population that varies seasonally, it is an ideal solution. In some ways, perhaps the only solution available. The ocean is too salty to be a practical source of water; there are no standing bodies of fresh water large enough to meet the needs of the area; and groundwater has a lot of problems.

The groundwater quality in Corolla is terrible. In the past, privately owned treatment facilities were incapable of producing good quality water. What was available was undrinkable. It varied between too salty to drink or so sulfurous or filled with iron. Water quality became such a critical issue that Currituck County felt it had no choice other than creating the SOBW.

“We had a bunch (of treatment plants) up here, all shallow wells. They couldn’t meet their requirements,” Carawan said. “It would have cost way too much money to meet state required testing. The county saw the need for really good water. We bought all the little systems and tied everything together.”

In Dare County Mother Nature taught a different lesson in the folly of using shallow wells. Until the 1960s everyone had their own wells. That seemed to work fairly well until March of 1962.

“Salt covered everybody’s wells after the Ash Wednesday Storm on March 7, 1962,” Irwin said. “There was what seemed a simple solution in Nags Head Woods to make sure the 6000 or 7000 residents of the county would have good clean water. “They needed to do something so they started at Fresh Pond,” Irwin explained. “There was a plant for Kill Devil Hills on the north side of 8th street and there was a plant for Nags Head on the south side. They started that in the late 60s.”

As Irwin notes, it didn’t take long to outgrow that. “They realized that just wasn’t going to work come the 1970s. The recharge there just wasn’t enough. If you had a drought you were out of water,” he said. The county then got into the water business with the Skyco plant that is still part of the system. “Skyco was finished in 1979. That was a 5 million (gallons of water) a day plant. It worked for about 5 years,” he said.

“We have four reverse osmosis plants for Outer Banks water filtration. There’s the Dare Plant, the Mac Midgett Plant, the Cape Hatteras Plant and there’s a small one at Manns Harbor,” Irwin said. The Skyco Plant, a little farther inland, also taps the Yorktown Aquifer. Although the water there is fresh. They treat the water with a nano filtration system. The Dare County RO system is the largest in the state creating about nine to ten million gallons of water per day. In use, water is constantly run over tightly wrapped membranes—for Dare County and SOBW the membranes are in cylinders which is considered the most efficient system.

“This plant is on all the time from Memorial Day to Labor Day. The membranes are made to be run continuously,” Irwin said.

“In the summer we run around the clock nonstop from Memorial Day to Labor Day. In January you can’t give water away. We go from three million in the summer to 300,000 a day in the winter,” he said. The summer influx of visitors has not yet exceeded the capacity of either system to produce water. Nevertheless, both are making plans to increase production.

RO membranes require replacement overtime. “I would say every six to ten years,” Irwin said. More efficient models replace the Dare County membranes. In the Kill Devil Hills plant there are five large skids or trains, as Irwin calls them. “We’ll get more flow out of the same footprint. We’re replacing trains one, two, and three next. In the same footprint, we’re at one million gallons per footprint now. Overall we’ll have 1.1 million gallons,” he said.

The Corolla plant can easily expand.

“We’ve got slots already piped up that when we need to bring in a new RO skid, all we to do is take a panel out of the wall, pull it in …run power to it. We planned ahead,” Carawan said.

Analogous to the Outer Banks’ water filtration technology, a new water tower in Kill Devil Hills will be completed by May 2020 ♦ 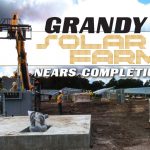 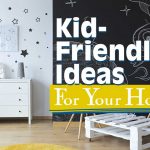